Rian Luang Phor Ruay ”Ha Chek” , one of the popular coins of Luang Phor with tremendous experiences. It was consecrated by Luang Phor Ruay for a whole Lent in BE.2546 before release. Also known as the 82nd Birthday Anniversary Coin.

Later more commonly known as Rian Ha Chek due to a particular incident whereby a devotee wearing this coin was shot with a gun but the perpetrator gun got stuck for 5 times in a row.

Luang Phor Ruay was a Geji Ajarn of the previous Generation, who was legendary for his fortune charms and protective amulets, is rather an inimitable phenomenon, because, he is what we would like to call an inbetweener. Having traversed two generations of masters, he was first adopted as popular Amulets maker by the new age amulets collector community, without them really knowing of his immensely impressive trajectory, and that he is in truth a Master of Old since many years.

However, he has now long since become popular with all the new age and the old era collector scenes since the 1990s, as official documentation in recognized magazines and books has increased knowledge of all his editions. Serious faithful devotees, and collectors have developed an ever increasing preference, and belief in their effectivity with his amulets. 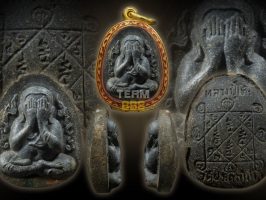 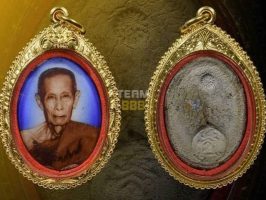 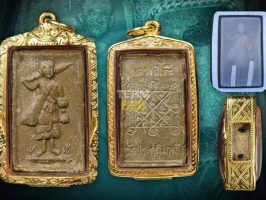